Vesak Day: Why Is This Festival Celebrated in Asia?

Vesak Day, also known as Buddha's Birthday, is a spring holiday celebrated in Asia. It commemorates the birth, enlightenment, and death of Gautama Buddha (563 - 483 B.C.), who was born Prince Siddhartha Gautama in Nepal to King Suddhodana and Queen Maya Devi on the full moon day of May with bright starlight shining down on him. 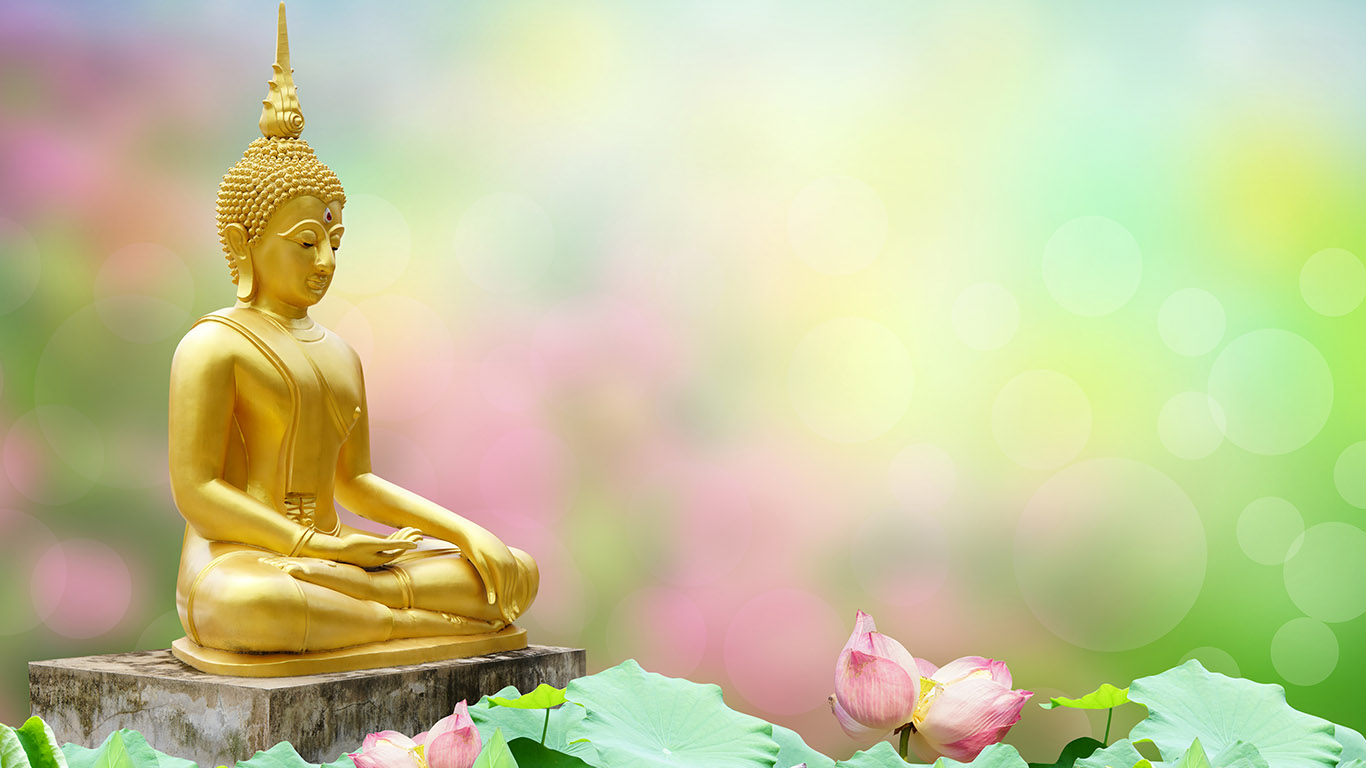 Vesak Day, also known as Buddha's Birthday, is a spring holiday celebrated in Asia. It commemorates the birth, enlightenment, and death of Gautama Buddha (563 - 483 B.C.), who was born Prince Siddhartha Gautama in Nepal to King Suddhodana and Queen Maya Devi on the full moon day of May with bright starlight shining down on him.

The festival falls around mid-April or early May, depending on lunar calendars used across various countries. Cambodia, China and Japan have different names but commemorate these milestones in Gautama Buddha's life story.

In some countries like Sri Lanka, this festival brings people from all backgrounds for a peaceful celebration of life that celebrates the birth of Siddhartha Gautama—a historical figure often referred to as "the Buddha."

In Nepal, where Buddha was born

If you're in Nepal on Vesak Day and want to visit the birthplace of Buddha, Lumbini is the place to go. It's a small village with an area of only 44 square kilometres (17 square miles), and UNESCO has designated the Buddha's birthplace as a World Heritage Site.

Vesak Day is a public holiday in Singapore honoured by a procession of the Buddha's relics from the Buddha Tooth Relic Temple & Museum. This festival is also observed by decorating temples with Buddhist flags and lotus flowers and making offerings to the monks.

Buddha Purnima or Buddha Jayanti is a Buddhist and Hindu festival that celebrates the birth of Gautama Buddha.

In India, people celebrate this day by visiting temples where they offer flowers and light lamps to mark their devotion to him. Many people visit Bodhi Gaya, where he attained enlightenment under a tree called "Bodhi Tree" or "Pipal Tree" (Ficus religiosa).

In Nepal and Tibet, Buddha's footprints have been imprinted on rocks using water mixed with clay. In China, people made paper lanterns to decorate various temples across their country during this period named "Yuan Xia", meaning "Light Festival".

Many Buddhists observe Vesak Day by taking time from their normal activities to practice meditation and reflection. Most people visit temples during this time because that's where monks will conduct religious ceremonies and offer blessings to those who attend their services.

As well as being a religious holiday, Waisak' is an occasion for family reunions because it coincides with Spring Festival (Chinese New Year) and Father's Day celebrations held around Southeast Asia every year.

The Cambodian national holiday known as "Visak Bochea Day" occurs on the full moon of the sixth month of the Buddhist lunar calendar, which is often in May according to the Gregorian calendar. Visak Bochea honours Buddha's birth, enlightenment, and death (nirvana).

Cambodian Buddhists gather at pagodas before sunrise to sing hymns and raise the Buddhist flag in a solemn ceremony. During Visak Bochea, monks recite scriptures and sermons intending to bring about harmony and prosperity. Flowers, candles, and incense are standard offerings. Birds may be released as a sign of freedom in some ceremonies.

In Buddhism, there are Four Noble Truths:

The origins of this festival can be traced back to Buddha's birth, enlightenment, and death (the "Triple Gem").

All bars and slaughterhouses are closed during the two-day Vesak holiday around the first full moon in May. Locals celebrate at temples by lighting candles and lanterns and adorning their homes with decorations. Throughout the nation, 'Dansalas', free buffets for monks and the less fortunate, are opened, and pandols, decorative gateways signifying enlightenment, are erected. These pandols each reflect a distinct element of the Buddha's tale.

This celebration lasts for three days and attracts millions of people to temples all over Vietnam. Many people follow their faith in Buddhism with great dedication and joy.

Pagodas are places of worship for Buddhists. They listen to explanations of the Buddha's teachings and give offerings to monks as a sign of their profound thanks. People congregate in the streets to watch spectacular parades that feature flower cars decorated in bright colours. On this day, pagodas distribute gifts to members of the community who are less fortunate, sick, or disabled.

The word "Visakha" means "full moon" or "luminous" in Pali and Sanskrit, respectively; as such, Visakha Puja is also known as Buddha Purnima (or Vesak).

Temples and homes are decorated with Buddhist flags, paper lanterns, miniature oil lamps and fairy lights for this ceremony. The public makes three clockwise circuits of the main temple hall carrying lit candles, joss-sticks, and flowers as a gesture of respect to the Lord Buddha.

Kanbutsu-e or Hana-matsuri is a Japanese festival to celebrate the birth of Buddha. It is celebrated on the 8th day of the 4th month of the lunar calendar. The history of this celebration dates back to more than 1,500 years ago.

Many Buddhist temples in Japan are decked with flowers to mark the celebrations and are the site of many HanaMatsuri activities. Pouring a tea-like beverage, ama-cha, over the Buddha statues is a joyful gesture. Some individuals will also consume ama-cha, a drink prepared from hydrangea leaves.

Similar festivals take place on different dates but most often happen within April/May because it coincides with cherry blossom season there, thus giving rise to expressions like "hanami", which means "cherry blossoms viewing" - something unique to Japan!

The fódàn is Buddha's birthday celebration in Hong Kong and Taiwan.

The fódàn falls on the eighth day of the fourth lunar month, which means it differs each year according to the Chinese calendar. In Chinese, it's known as Yùfójié, which translates to "Buddha's Bathing Day." The celebration is held in all temples and monasteries.

According to a Buddhist story, nine dragons sprayed water on the baby Buddha when he was born to wash him. Today, people who worship Buddha go to Buddhist temples and pour water over statues of him as a way to clean their souls.

The Buddhist community attends a unique service during which a priest recites sacred texts and performs creative arts such as singing and dancing.

There are many ways to celebrate Vesak Day, some of which can be done even if you're not a Buddhist.

It's a grand celebration for the Buddhist community. If you're interested in learning more about it or joining in on the festivities from home, check out the 'Trally App' to learn more about Traditions and Cultures from a local expert.